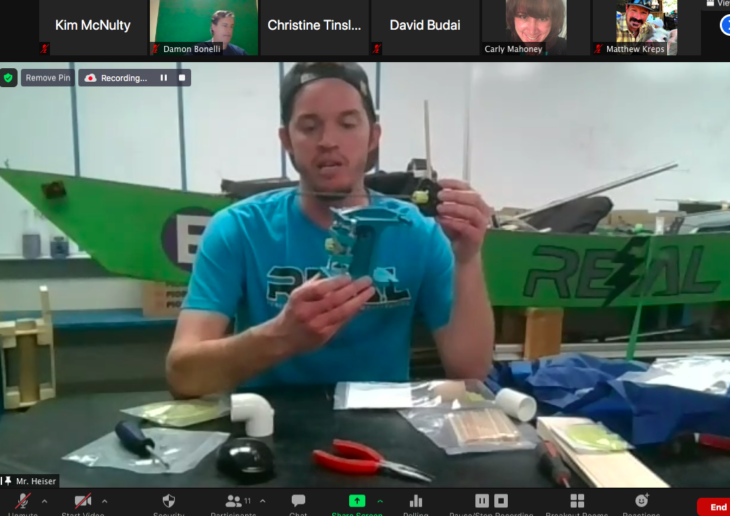 “Empowering students and adults to create, innovate, tinker, and make their ideas and solutions into reality is at the heart of the maker movement,” says Donnell Layne, STEM Innovation Center & Makerspace Director at Moreno Valley College. “We are ready to meet the challenges of the future with a clear message — ‘you belong here.’”

“It was tough for us,” recalls Jason Kennedy, Makerspace Project Supervisor. “The pandemic was, of course, the big challenge because we had just opened up… We had to pivot quickly.”

While the College’s mobile lab and campus center shut their doors, a third virtual makerspace emerged, starting with online tutorials. After initial success with smaller events, the virtual makerspace began hosting robust coding and 3D design workshops. Engaging students and community members both near and far, Kennedy says the online venue “really put us on the fast track.”

Participants flocked from as far away as Texas, Maryland… and beyond. At the popular vinyl printing Cricut workshop, international makers from countries like Canada and England joined as well.

“With the pandemic, that’s really allowed us to expand our outreach for the makerspace movement,” says Kennedy. As campus opens again, the supervisor says, “We don’t want to lose that virtual audience that we gained.”

The “best of both worlds” plan for the fall is to use heat-tracking cameras and webcams to continue to beam workshops to a broader public. Events will also be recorded so all participants can review the activities.

“We definitely want to get people back into making, designing, tinkering and exploring in the makerspace,” says Kennedy, who aims to keep connecting makers at the College and online. “As we look at a post-pandemic world, the shift is going to allow for both in a hybrid fashion.”

According to Lisa Kiplinger-Kennedy, Regional Director of Employer Engagement for Business & Entrepreneurship, using makerspaces to encourage participation across disciplines continues to be a key focus for the coming year.

“They’re figuring out ways that they can use these makerspaces to get better student engagement within their classes,” says the director, who is building workshops on active learning with making. For her, the central question is, “How do we create a culture of creative thinking and innovation within our entire community college system?”

Makerspaces are the perfect media for incorporating industry skills, real-world training and teamwork. According to Hal Edghill, Eagle MakerSpace Specialist at Mt. San Jacinto College, the centers provide a safe place to make mistakes and learn.

“A makerspace is just another way of putting them into that critical thinking mode,” says the specialist. “We’re an across-the-board resource.”

According to Edghill, the ability to expand Eagle MakerSpace’s services represented a silver lining during the pandemic. Previously, the center focused on providing a creative outlet to current students. But as things shifted online, he says, “we’re starting to consider ways of connecting with K12.”

The makerspace is also integrating into the College’s academic classes, enhancing the engineering program with 3D printing for prototyping projects while collaborating on an emerging manufacturing certificate. From GIS to business and math classes, the center is formally integrating making into the curriculum.

Other plans for the College include creating a second makerspace at the San Jacinto Campus. In partnership with Garner Holt Productions, famous for creating Disneyland’s “it’s a small world” mechanical denizens, the center will feature animatronics and robotics.

And while Eagle MakerSpace had to shut its doors to students last year, the center participated in an employee-run, statewide project to produce PPE for local hospitals. “During the initial crisis, we supplied about 700 sets,” recalls Edghill.

The San Bernardino Valley College MakerSpace was also involved in the effort. “They had 14 3D printers running non-stop,” says Kiplinger-Kennedy. “They were one of the first ones in our region to come out with the face shields.”

Meanwhile, another unstoppable makerspace will soon re-emerge in the desert. College of the Desert’s center was just starting renovations when the pandemic hit. Despite the setback, the makerspace is well on its way to opening its doors. According to Beth Allan-Bentley, Director of CTE Projects at COD, “Fortunately, the College was able to continue construction, and the space was completed a few months ago.”

The plan is to open in Spring 2022, and while equipment and programming are underway, the center has already launched community-building CTE virtually. Last year, the makerspace worked with the Coachella Valley’s KidWind Challenge, which puts on middle and high school competitions to create wind turbines.

Says the director, “Working with the KidWind committee, a makerspace online workshop was conducted where teachers learned to create their own turbines using parts supplied by COD… which assisted in coaching their students.”

“The makerspace … will be moving forward with full institutional support,” says Dr. Crystal Nasio, Dean of Instruction for Workforce & Economic Development at Barstow. “We are so proud that everyone on campus has understood the power of a functional makerspace that inspires creation and incubation of ideas.”

The zeitgeist is just right to push forward. According to Kiplinger-Kennedy, there has been a huge cultural shift into innovation since the pandemic. Not surprising, she says, as that’s what the Inland Empire is known for in the first place.

“Our region has been dubbed the ‘Innovation Empire,’” says Kiplinger-Kennedy. “I think innovation in makerspaces is going to be a driving point for the rebound for our community as a whole.” 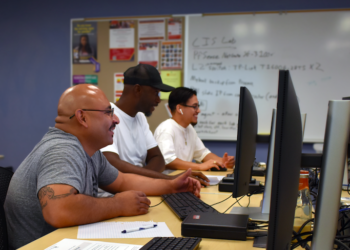 For Computer Information Systems (CIS) students at College of the Desert, finding a job after graduation is virtually guaranteed. With more than 80,000 cyber-focused positions currently available in California, earning… Read More – Encouraging Real-World Cyber Experience: College of the Desert’s CIS Program Hones in on Hands-On Learning 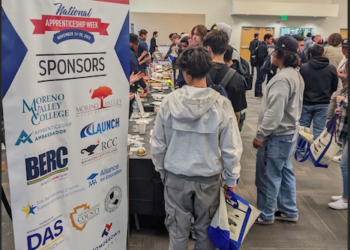 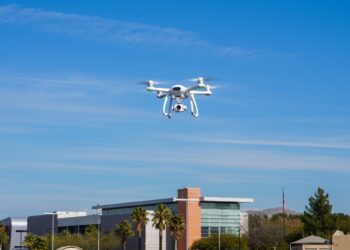