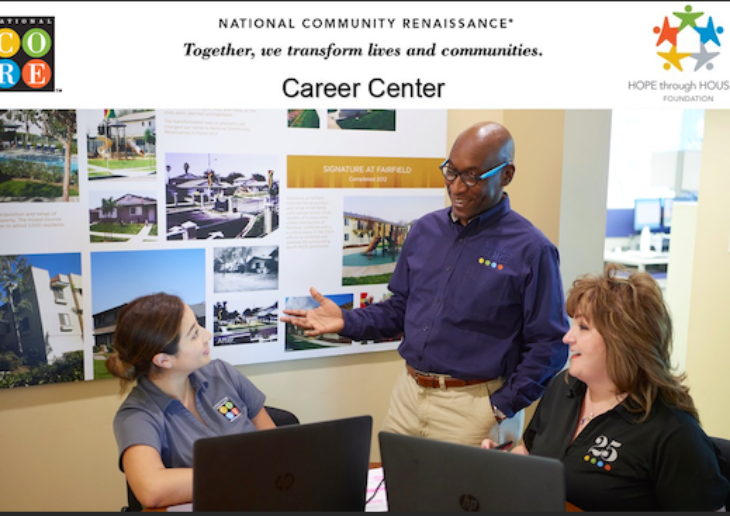 Famous for its historic desert intaglios and Hauser beds of crystal-filled geodes, Blythe, California, is a sunny tourist destination with a small-town feel.

Like so many small communities in California, Blythe’s economy was hard hit during the pandemic. But with a regional increase in the job market by more than two percent over the last year and future job growth over the next ten years predicted to climb by over 38 percent, it’s never been a better time to launch a workforce comeback… and to celebrate Palo Verde College’s first in-person job fair since the pandemic.

“The job fair has been around for a long time, and people look forward to it every year,” says industry partner Robert Wright, who works for the Office of Economic Development in Riverside County and is also the Associate Director of the Small Business Development Center (SBDC). Wright has participated in PVC’s job fair nearly every year and says the College does a fantastic job retaining local talent:

“The most important thing to try to do in any small community is to keep students once they graduate so that they stay and help build the community,” says the industry partner. “That’s something that the College is really striving to do.”

In fact, this May marked PVC’s sixth annual job fair, which was a resounding success for workforce development and collaboration.

“By having a job fair, we give students and community members a variety of options they can choose from,” says PVC Job Placement Specialist Artemiza Lujano. “We can gather all the employers together in one spot, so they can see what’s out there, who’s hiring, and what’s new in the community.”

The buildup to this year’s in-person gathering was much anticipated. The fourth-annual job fair two years ago had to be completely canceled due to the pandemic. Last year, the fair launched virtually, and while there was good employer participation, the turnout for job seekers was low on a digital platform. But as they say, the third time is a charm, and the 2022 fair did not disappoint.

“We had a lot of the public and students showing up — it was perfect,” recalls Lujano.

At the event, more than 260 applications were distributed to job seekers. There were also seven on-the-spot job interviews, and three job seekers were hired immediately, with many more applications in process after the fair. Additionally, resources for successful entrepreneurship were also widely distributed.

“The Small Business Development Center has been around for 75 years, and we were at the fair to help anybody who wanted free small-business consulting,” says Wright. “We passed out a lot of cards and talked to a lot of people who were interested in starting their own business.”

The industry partner says that small home businesses and cottage industries are prevalent in Blythe, and it’s a tremendous opportunity for many locals. At the fair, the main resource Wright shared with interested students and community members was a new $2,500 grant program for any micro businesses that had been negatively impacted by COVID-19.

“Entrepreneurship is always important, and it’s especially important in a small community like Blythe,” says Wright. Promoting entrepreneurship, says the associate director, can help strengthen the local economy and provide new opportunities for community members looking for a fresh start. As he says, “There are many business opportunities in Blythe.”

Other employers participating in the fair included state, county, and local employers, including a solar company that offered a competitive student internship. The industries represented at the fair were as far-ranging as retail and hospitality, law enforcement, and health care.

“The job fair was a great opportunity for us to meet some new people who may be interested in the fire service,” says Chief Chris Dominguez of the Ehrenberg Fire District. This was the first job fair for the fire district, but the chief says it definitely won’t be the last. “We look forward to attending next year as well,” says Dominguez. “It was a good opportunity.”

Another participant was the Palo Verde Valley Transit Agency.

“This was the first job fair I’d gone to,” says Administrative Generalist Bernice Martinez. “There were plenty of job opportunities out there, which was welcoming to see.”

Martinez thought the fair was great for boosting the company’s visibility to prospective employees, and she says the College was the perfect place for the regional businesses to gather.

The College’s industry partners also participated in the fair, including nearby La Paz Regional Hospital in Parker, Arizona.

“We have provided clinical placements for many LVN classes and enjoy doing it,” says Human Resources Director Regina Martinez. “It has been a successful program for all.”

At the fair, the director says she talked with several nursing students and a few community members interested in working at the hospital. She looks forward to participating in the next event. As she says, “The job fair was put together very well, with lots of students and a variety of jobs.”

In addition to the annual event, the College hopes to host mini job fairs in the future and possibly even one-on-one events with employers to keep up with demand.

“There’s actually a high need for workers right now everywhere you go,” says Lujano. “Hopefully, our students and our community can take advantage of it.”

Palo Verde students, in particular, had an additional opportunity to attend resume and cover letter writing workshops to prepare for the fair. Lujano expects to assist many more students with these crucial skills as more events and opportunities become available at the College.

“Everybody was glad to have an in-person job fair again,” says Lujano. “I was very excited to see the outcome — to see the employers and all the happy faces of the job seekers.”

According to Wright, the College’s central location made for a natural gathering place for the community, and he looks forward to the next fair, which he’s sure will be an even bigger success.

As he says, “The College is growing, and the job fair is growing.” 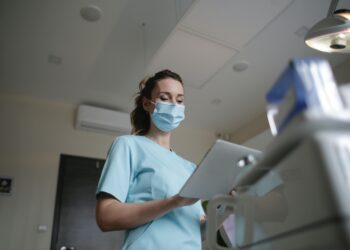 With nursing shortages spiking all over the country, regional community colleges are doing their part to keep the industry in good health. That is why schools like Crafton Hills College… Read More – Healing a Workforce: MICN Program Shines as Regional Nursing Needs Rise 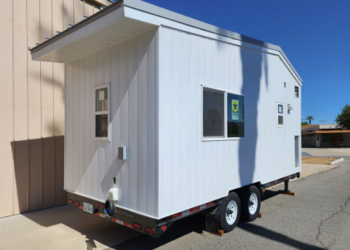 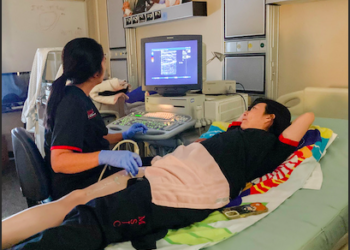